Valentina H20, as her names defines her, has water in her DNA. Like a ship´s figurehead and in the same way as her ancestors, Valentina emerges, rising from the water whilst trying to ascend in a daring motion; her chin proudly upwards and her arms behind her facing up to the dangers, in remembrance of those protective figures that accompanied sailors. Her morphology transforms itself into bubbles which rise with her. Even though she evokes the image of a mermaid, a mythical being, Valentina is very real. She joins her legs at the knees and what should be fins are her feet, leaving traces of movement as a print, for memory. 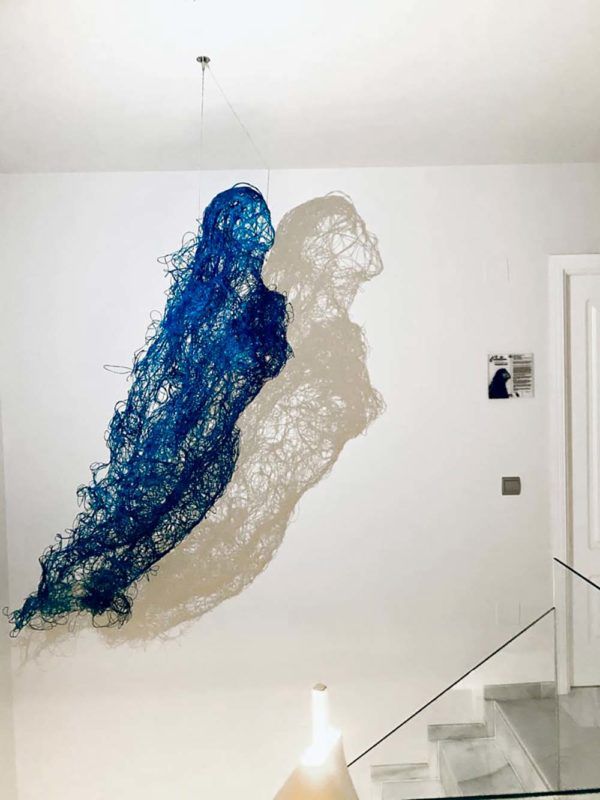 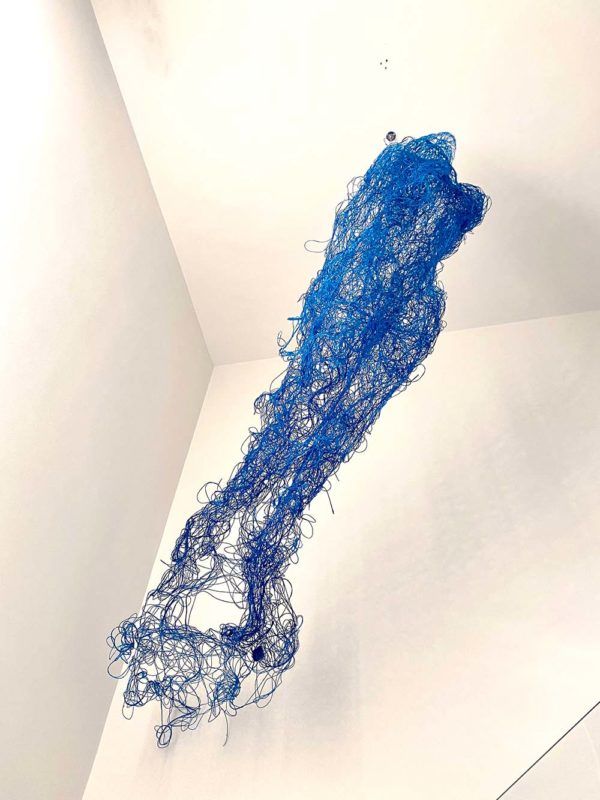 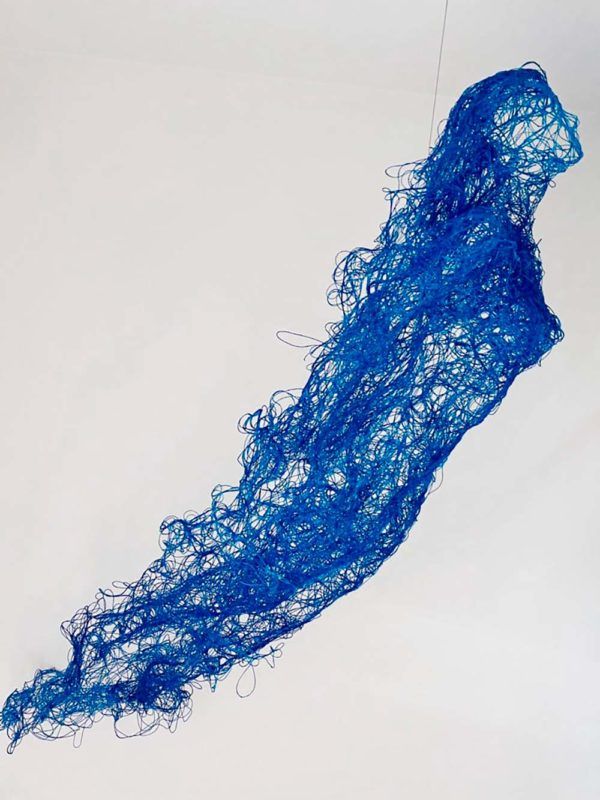